Riding the Tail of the Dragon / Cherohala Challenge

Riding the Tail of the Dragon / Cherohala Challenge

At Road Titans 300 last year I met a delightful Brit named Phil through a mutual cycling friend. He spoke to me about coming to take on the Cherohala Challenge in June of 2018. He used many adjectives to describe this event like “very difficult”, “picturesque”, “a tremendous amount of climbing” and so on. He then told me, “You get to climb the Tail of the Dragon!” – an iconic 14-mile road that boasts of 318 curves, a slight gradient of 4-5% that many drivers of motorcycles and sports cars use to test their handling skills. I had heard of that road and knew that I wanted to pay it a visit it one of these days. Last October seems like long ago; to be honest I forgot about Cherohala until last month when he texted me during the Cheaha Challenge weekend. Since I was surrounded by others who have this insane addiction to climbing and are drawn to challenges, I asked those in our Air BnB who would like to go to the Cherohala Challenge. There was much interest but only one other could commit to going with me: the mountain goat, Mike Stratton. 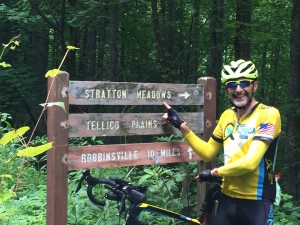 Before I knew it, it was time to load up the car and head north. I tried to find out as much as I could about this ride, but the event website offers little help. Mike found the course on RidewithGPS so we studied it a little and knew that we could plan on 10,000′ climbing and 114 miles of riding. I began to get excited about riding in the mountains again and reconnecting with Phil. He had such a terrific personality and was fun to be around. The witty  rented a 4 BR cabin, so there was plenty of space for the 6 of us. It was a 10 hour trip up, with stops, but a good drive. 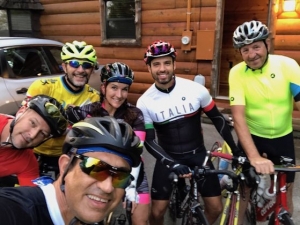 Approximately 250 riders showed up for the various distances, but it appeared that well over half were there for the long course. It promised to have beautiful scenery (which it did), loud motorcycles on the Tail of the Dragon (that proved to be true as well), and a goodly amount of climbing prior to the big climb after mile 56 (where we only had about 3,300′ under our belts). It was a clear and perfect morning for riding. Temps in the upper 60’s slowly climbed with us as the hours passed by. There were about half a dozen others that I was looking forward to seeing again from other mountain events, and it was great to catch up with them. One is a current client that I am training for his upcoming trip to the French Alps next month. It was like a mini-reunion!

Mind Over Matter
Our average was 19.8 for the first 2 hours of riding within a nice group when something very strange happened. I felt nauseated, even though I did not feel as if I had cooked the first 38 rolling miles. My entire gut was turning back flips and I began to question whether or not I could finish. My heart rate was in good shape, my legs felt fine and my breathing was manageable. Without getting into detail, I began to wish I could just barf it up and get on with the ride. That never happened. I tried to distract myself by looking at the lakes, rivers and mountains. The wild flowers of pink, purple, white and yellow nodded at me as I passed, as if to encourage me along. I let the group go ahead and pedaled alongside a cold-water creek at a lofty 10.9 mph, just wishing I were done already. I just wanted to be alone in my misery. By now it was mile 50 and a Rest Stop was somewhere in the near future. Just a half mile before the Rest Stop I saw a little country store where Mike and my client were waiting for me. I felt terrible that they paused their ride for me, but grateful at the same time. Just a few minutes and a Dr. Pepper later (to settle the gut), we rolled out. I didn’t want David to wait on me because he had his own training to accomplish, but was thankful for Mike’s cheery disposition and desire to stay with me. He kept saying he didn’t want a bear to eat me on the side of the road. Nice thought. 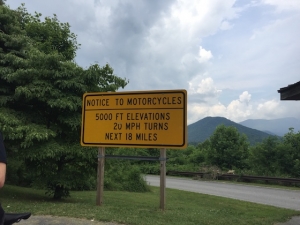 At the next Rest Stop around mile 70, a volunteer had some Tums and I prayed that would help as I gobbled them down between orange slices. We climbed up and up from there, with a tough 8 miles (and no let up in gradient). I started to ask myself why I kept going. Why not just climb in a SAG and call it a “not my day kind of day”? The temptation to quit was very real; not something I usually contemplate. I knew David (my client) would be watching to see how I fared. I didn’t want to let him down. I also knew that I was financially invested in this weekend and I didn’t go all the way up there to get a DNF. In addition to that I WANTED THAT FINISHER’S MEDAL!

Summit Salvation
Push. Grind. Spin. Stand up. Sit down. Think positive thoughts. Count down the miles to the top: 6-5-4-3-2-1…At last we had reached the top of the mountain there was another Rest Stop. I knew the worst was over and there was a snappy 14 mile descent ahead of us with rollers between there and the Finish Line. At that point I knew I would finish. Perhaps it was psychological, but almost instantly I felt better. It was time to fly down the other side!

That’s exactly what I did with a huge grin on my face for almost the entire rush. Once off the mountain the heat began to become a bother but it didn’t matter – we were close to the finish. Passing by another river I dreamed of how nice it would be to stop and jump in. Perhaps that will be another time – the end mark was just 3 miles away.

Our plan for the ride was to enjoy it and have fun. Despite feeling so sick for over half the ride, it was so worth it to come up and partake in this event. Why? Because of the camaraderie and the route. This ride ranks in the top 3 most beautiful rides I’ve ever done… which says a lot. The others around me – from those I knew from other events and those I met – were top notch in friendliness, support and good sportsmanship. I look forward to returning in 2019. Perhaps I’ll get to meet you there? 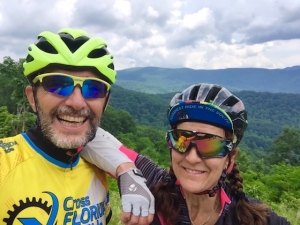 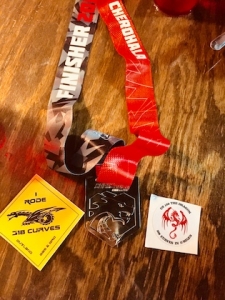 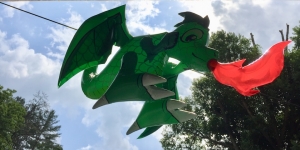 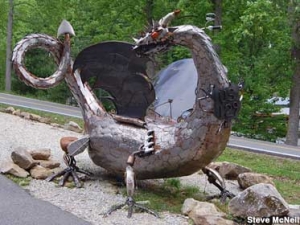